The Social Xmas experiments with a mixture of diverse idioms by blending amateur images with videos made by professionals; it is a remix of multiple assorted sources, which together form a narrative unit thanks to film editing. The film proceeds through free associations that occasionally change while sometimes focusing on musical links or chronological bonds that are often highly emotional.
Thus the images follow each other through an open plot between the linear narration of a collective ritual and a combination of contrasting stories and fragments that interact; up-to-date images stand side by side with images of the past, old family movies placed next to videos of the Christmas of today. In a role that deliberately illustrates an unstable balance between person and character, actress Piera degli Esposti highlights the singular moments of the story to the beat of time.
Various “Christmases” are recounted: the innocently joyful one with a child anxiously waiting for Santa’s gifts; the resignedly stark Christmas of a person who has lost everything: one is celebrated in isolation, the other in companionship… Trains are teeming with people and the desire to reach their families for the not-to-be-missed Christmas Party. Apparently fragmented, the images become the true mirror of a failing society from which, however, the image of an honest humanity emerges, proudly showing its strength and will to react. 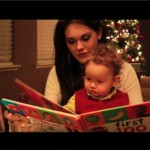 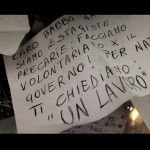 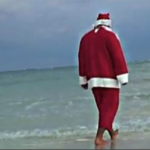 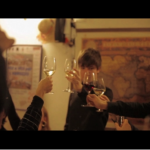 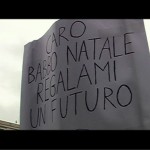 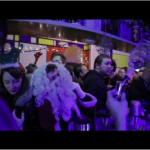 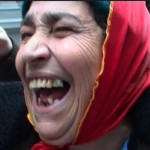 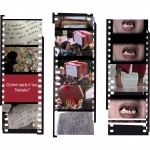 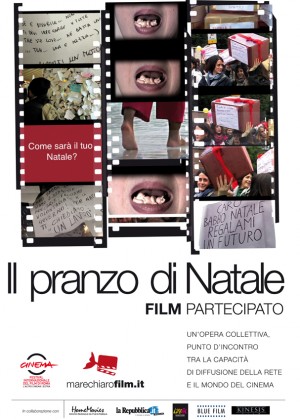